Whilst going round the titanic museum, in Belfast I was thinking it could be interesting to read a fictional Titanic book. In the Belfast museum and in Southampton and Cobh experience where I had been on preceding days I had heard many interesting true stories of people who by a twist a fate, either ended up being on the boat or off the boat. In the Cobh experience it also talked about the real people the fabrication of Jack and Rose’s story from Titanic film was based upon. Therefore I thought the event offered potential for creating fictional stories. Then in the gift shop there was a few options to choose from. I narrowed it down to 2 – can not remember what the other one was. The one I bought was The girl who came home by Hazel Gayner. The story was based, on the real story of an Irish village that had 14 people on the Titanic. The story centres on one of the survivors, who had been reluctantly travelling to US to live following Mother’s death. She was reluctant as it meant leaving behind her lover therefore she left hoping to return when she could. The way the story is told it, seems as following her rescue she ended up in the US and therefore it is alluded that she married American, therefore left guessing about her former lover. Do they ever get to reunite? My lips are sealed – but there is a fantastic twist at the end!
I read this book during cruise after just after leaving Ireland; therefore the setting added to the experience of the book particularly as I did go on the ship’s lifeboats as they were used at certain ports to shuttle passengers to the shore for excursions. Regardless off ideal setting I read it in snd having time to devour, I think this was a stellar book. If this is typical of Titanic books; I want to read another one!
Can anyone recommend similar books to read?

Feel so old; something else that I can remember from 20 years ago! I first saw it at the cinema – just the once; it is not often I rewatch films, so I was not one of the people that went to the cinema  countless times to watch it. However, I have rematched it once a few times after I first saw it. Last night I saw Titanic the musical and I think I would watch the film again.

At the beginning, I wondered why I had bought a ticket. I’m not the biggest fan of musicals, I had no one to go with and it cost £33. When I bought the ticket, they said it was not the same story as the film.

The first half, presents a range of characters. Including interestingly on the eve of the vote, in Ireland tomorrow an unmarried pregnant Irish women, fleeing alone.

Just before the interval is when the ship hits the Titanic (I don’t think that is a spoiler!). The lights come up over the stalls. Then suddenly there is a crash and the stalls and stage are plummeted into pitch blackness.

The second half is the story after Titanic hits the iceberg. The most sombre end to a musical I have ever seen.

Not the type of music which I don’t like that has very thin plot, not much dialogue; just songs loosely held together. It had a relatively rich plot and the music did not interfere; enjoyable watch. 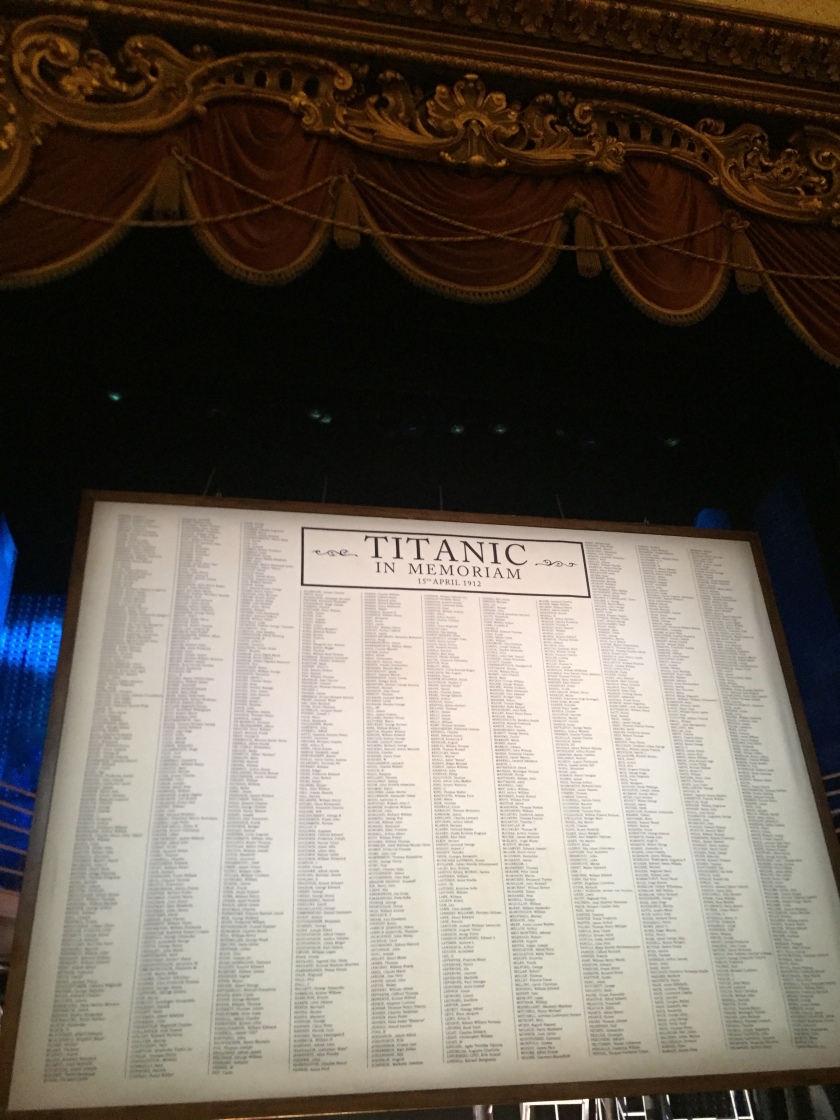