HOME is the prompt of this week’s 6 word story.

I consider myself to have two homes. There is my home where I live in Sheffield. Then there is Home where I grew up. I consider the town of Scunthorpe to be home. I follow Scunthorpe United in too ball. Specifically my parent’s home is mine. They live in house I grew up in so it is still my home rather than myself being a guest.

Today I started in Sheffield, with a walk in Hillsborough Park where there is Tramlines next weekend.

I then got a train to Scunthorpe. The train station midway between my two homes is Doncaster.

Before starting reading I thought it was Scunthorpe legend Alex Calvo Garcia’s biography, but it is not, it is a book about football; not the glory of big teams, but a small team Scunthorpe. But the book is not just Scunthorpe it has lots of other references: to Kevin Keegan, to how the Bosman ruling came about. To John Aldridge who after playing on 15th April 1989 at Hillsbough (the tragic day in the grounds history) lost his desire to play football at Liverpool. But ended up playing in Spain. The book talks about his experience as a foreign player; an English player in Spain. Whereaes Alex-Calvo Garcia was a Spanish player who came to play in England, knowing no English.

The opening line below, is a fantastic refrain repeated several times through the book. 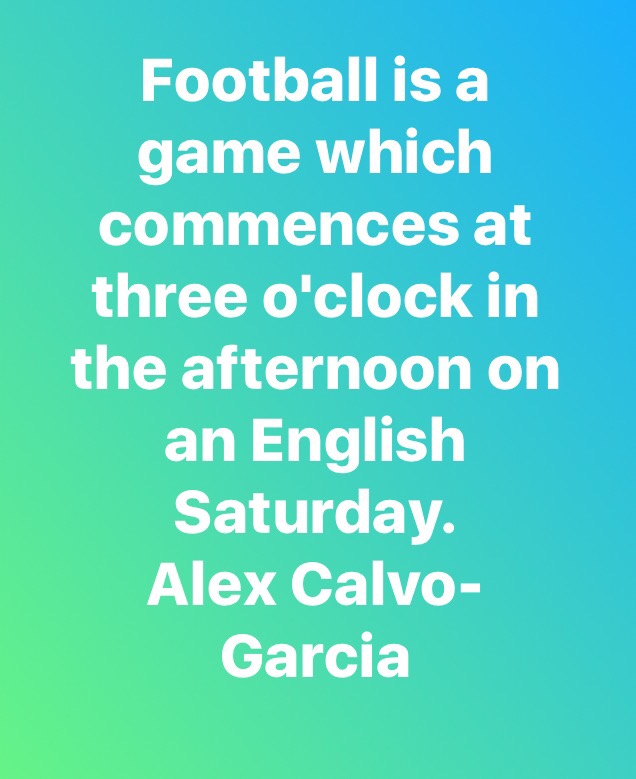 ……The shutters under the welcome to Glandford park sign are lifted, the club employees arrive, later the secretary and the head of security.

I like to think that this is a book to read if you want to understand proper English football, not the premiership. The book has a fairly comical tone. Of course being a Scunthorpe fan, I’m biased.! Being a Scunthorpe fan, it is so vivid. When they say , waiting in a car at Britannia corner listening to radio Humberside whilst a referee does a pitch inspection,seeing whether to set off to an away match; I know that corner; I have listened to radio Humberside. The referee passes the pitch “Ground staff have assured me that they can drain the puddles and the wind will help”.  Instead of a supporters bus; as only 5 signed up there is just a car driven by Jerry who I know and John Staff who I also know. Also in the car is Jack who I do not know. The book says “He follows Manchester United but he draws a distinction between being a fan of a team and being a follower. When you follow a team,you watch the games on tv and you look for the results. When you are a fan, you travel over 500miles on a blustery Saturday, proudly wearing the clubs shirt, just to watch a team that is playing poorly”.  Another supporter Margaret also echoes this and my sentiment too, later in the same chapter “I like to follow the team of my town, which is a small town, so everything is more ffriendly. It’s not the same of you follow Manchester United. I like to feel part of a unique experience”

Alex Calvo Garcia provided a wonderful experience when he scored at Wembley to get Scunthorpe promoted to League 1. Although there has been ups and downs since then (that is what being a Scunthorpe fan is about), I see that as a turning point. Since that day as Scunthorpe have had two spells in the championship, scored first during cup matches away at Chelsea and Manchester City because that day showed it only takes one goal even if we are a small town. The epilogue describes some of this. Is the next chapter, to play at Wembley again in just over a month and return to the championship for next season? 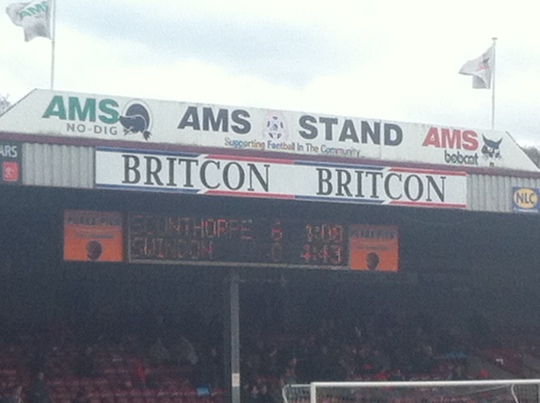 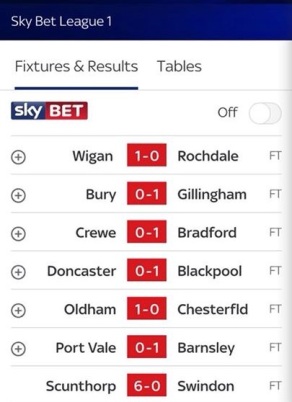 Starting with what still makes me smile most.

1. Seeing Scunthorpe score 6 on Easter Monday and concede none which was more than the rest of league 1, put together scored that afternoon. So grateful to see that after not expecting to, having started the day in Berlin. But thanks to a shortcut by EasyJet piolet and speeding through passport control, I was there!

2. Rosberg winning championship.
3. Supporting Belgium 🇧🇪 in Euros.
4. Leicester winning premier league – after so few teams have achieved that.
5. Beating Sheffield United on the last day of a season, due to other results, not going our way it was not enough to go into play offs but at least we did our part and had a exciting rollercoaster afternoon. It was a match had been looking forward to, for a longtime as it wa my nephew’s first away match. But it was only a week before we suddenly had chance of a play off position after taking the whole season to crawl that far up the table from the relegation zone at the beginning of the season.  The potintial of a trip to Wembley meant we were joined by 3000 Scunthorpe fans at Bramall lane, creating a fantastic atmosphere. The first cheering was for  Wigan’s goal in the first 5 minutes that put us in 6th place (final playoff position). Barnsley equalizer sending us back to 7th. Then cheering our first goal, which put us back in 6th. Then Barnsley scoring twice more. Then our second goal meaning we had another 3 to score or Wignan needed to score 2 to get us back to 6th.. Then Barnsley fourth goal which sealed us in 7th place.