If you don’t make banana 🍌 bread during lockdown then it will be like you have not lived through a lockdown; it has got to be done if you are not too busy keeping your country going!

They only take 35minutes in the oven!

The first had too much bicarbonate in so did not taste that good. Learnt lesson and 2nd was better. The first slice I ate with homegrown steed rhubarb compote which is basically just rhubarb and sugar mushed down in the oven! See Instagram Wonderwall360 for picture from Easter weekend.

The basic recipe I’m going with which is based on Lucy Locket’s recipe is:

You mix all together. Dry ingredients first then butter and banana 🍌 in any order. You mush / mash the bannna to get it to incorporate into mixture. You may want to say few slices to place on top to decorate. Put in tin. Into oven and with quantities above should be ready in 35minutes.

To repeat it is simple, quick and forgiving recipe which is what is needed in lockdown. Today I used all flour I had which was only about 100g. Also all caster sugar so topped up with bit of icing sugar. I accidentally cracked 3 eggs 🥚 directly into the mixture. If I had, had more flour, I would have added to balance it out. Instead found some oats and put those in. I also decided to add flakes almonds and mixed peel. As well as into the mixture, once I had put into the tin I put almonds on top as decoration. The mixed peel had mainly sunk to the bottom once I gad cooked, so was a tasty orange 🍊 layer. Of course load’s texture was increased by oats and almonds. See Instagram Wonderwall360 for picture.

I would like to try with brown sugar and ground ginger as Elsie LMC has done.

Have you ever notice some food ideas are, so good that lots of cultures; have their own version such as meatballs, stews and pies.

One of my favourite foods, which I only usually eat at this time of year is what I call devils on horseback. Most people say pigs in blankets though so I tried to research where the name comes from. I suspected devils on horseback was a Cumbrian term because it was my Grandma born in Cumbria who called them that.

Devils on horseback are sausages or sausage meat wrapped in bacon. Have you eaten something similar, what do you call it?

From my research I have discovered the following although, some are sausage in pastry rather than bacon.

Israel: Moshe Ba’Teiva (Moses in the basket) which ishot dog rolled in a ketchup-covered sheet of puff pastry or phyllo dough and baked.

Denmark: Pølse i svøb, which means “sausage in blanket”, usually sold at hot dog stands known as pølsevogn (sausage-wagons). The American-style pigs in a blanket are known as Pølsehorn, meaning “Sausage horns”.

Mexico: salchitaco; the sausage is wrapped in a tortilla and deep fried in vegetable oil. The name “salchitaco” comes from the fusion of the ords salchicha (sausage) and taco(sausage taco).

Australia and New Zealand: pig in a blanket is a cocktail frankfurter wrapped in bacon and/or puff pastry.

China: “Lap Cheong Bao” which is sausage wrapped in pastry and is steamed rather than baked.

As I mentioned earlier in the week, if you want to buy a good celebration cake from the High Street, go to Marks and Spencer’s. The layer cake was in the cafe.

The royal wedding cake will be lemon and elderflower.

Butter cream and jam in middle have good tang to them of lemon and elder flower. I like the jam but, think would prefer sweeter butter cream. 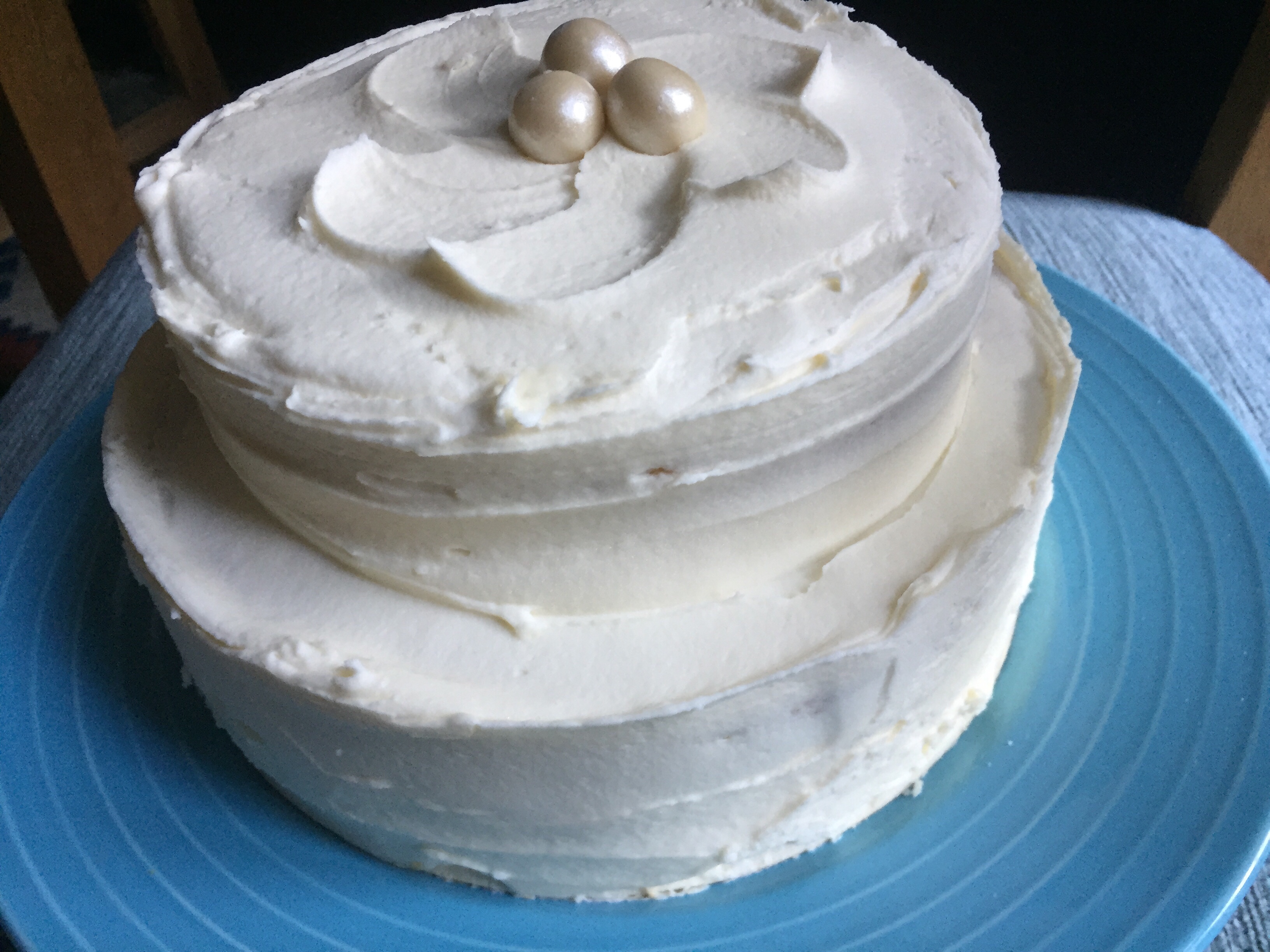 The sponge is average. The cake is sold frozen and takes 12 hours to defrost, it’s best before is Jan 2019. It costs £8.

Overall I would prefer to pay a fiver for 2 or 3 Marks and Spencer’s lemon drizzles. It is pleasant to eat but, I would not save it for a special occasion although looks very presentable and as box suggests could be jazzed up further. 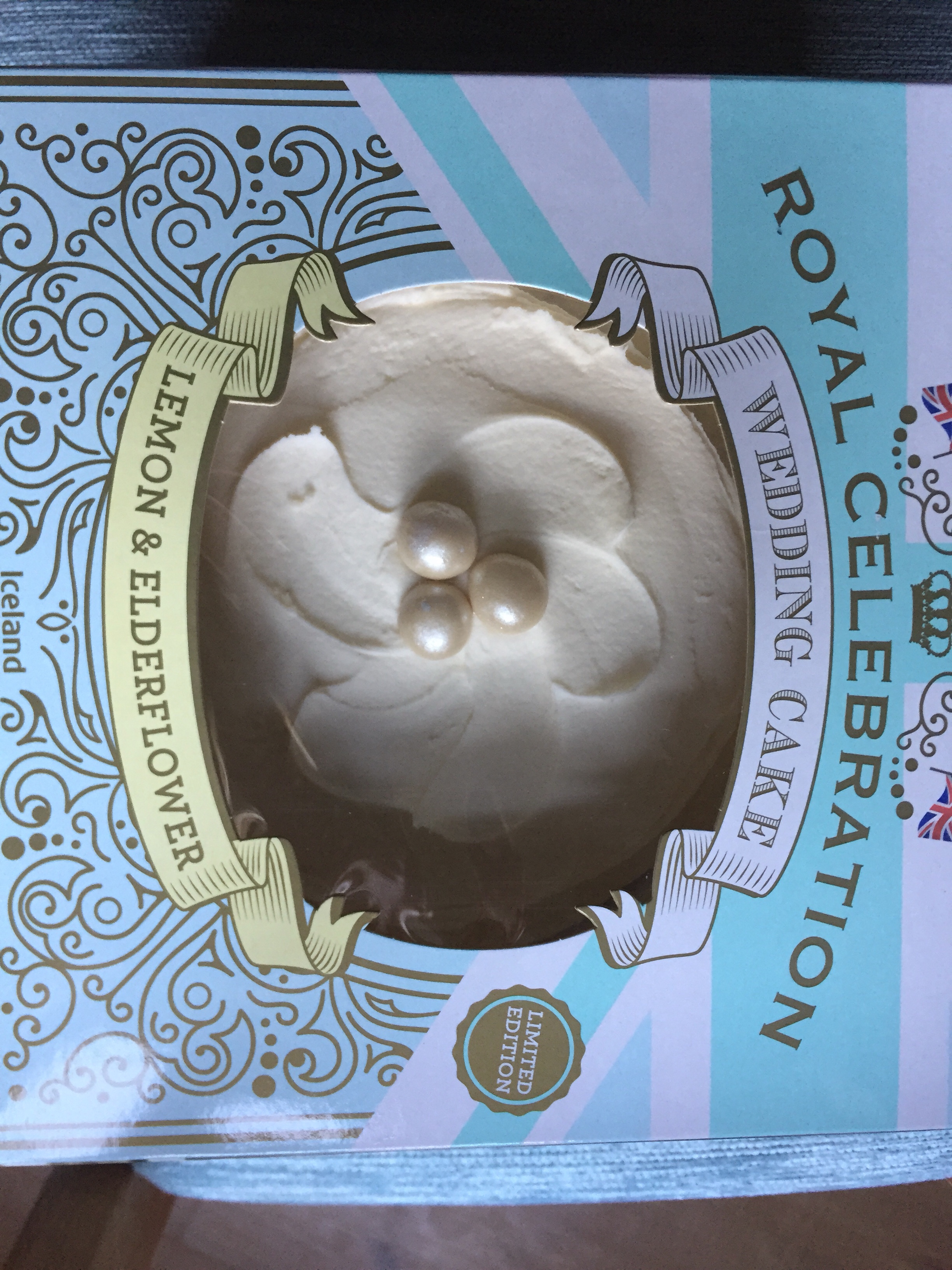 Has a version without buttercream icing instead decorated with purple flowers and pistachios.

Anyone see lemon and elderflower elsewhere.

Very sweet with all sugar on outside. Very flakey. Got crumbs all over plate and table, so you lose some! Fairly dry as just blob of apricot compot at the top. Not bad; but has it’s flaws!

If we were having coffee ☕️ Sheffield coffee revolution (Sheffield university)

As a millennial (just) I love avocados. Therefore when I saw an avocado cake at a bake sale I had to try it! The sponge was very moist. Not keen on the topping very runny and did not taste of much, maybe slight avocado and lemon? I think the sponge would be better with a lemony butter cream on top.

Two of my favourite types of chocolate bar, in ice cream format.

The marvellous, not got much popping candy and as don’t usually bite into ice cream hard to get the effect. You do not get the chocolate effects of the marvellous creation chocolate.

The yolk of the creme egg, does not taste like creme egg, it is like syrup and it is sweet and tasty. It also has whole bits of chocolate in.

Therefore my favourite was the creme egg.

This week is oyster week in London.

It is infertility week in the US.

Oysters are considered an aphrodisiac because they contain a lot of zinc which helps sperm production.

Oysters are sold at Stew and Oyster in Kelham Island.

I have also had oysters in Ston Croatia where they are bred on ropes.

Cocoa thick hot chocolate topped with cream, marshmallows and little bits of fudge which mostly sank to the bottom.

This is a text widget. The Text Widget allows you to add text or HTML to your sidebar. You can use a text widget to display text, links, images, HTML, or a combination of these. Edit them in the Widget section of the Customizer.
Wonderwall
Blog at WordPress.com.
Loading Comments...