For some, this type of micro fiction is a familiar concept even if their stories had never been released into the world. For others, the discovery of my challenge is a new and exciting way to practice the art of condensing a plot and theme to just six words.

‘Just six words? Is that even possible?’ is a question I get asked quite often and my answer is always a resounding ‘yes!’. I also get a number of detractors who will argue that six words is not a story at all, it is a sentence, a construct, an idea. If you are one of them, let me see if I can convince you otherwise.

The perfect start to any story of evolution is generally the beginning, in this case, the origin of the six word story. It’s a tale oft recounted that the originator of the six word story medium was Ernest Hemingway. He is said to have offered his table of writerly compatriots a wager of ten dollars each that he could write a fully crafted story in just six words. They readily accepted his bet so with the pot having been thus assembled, Hemingway wrote the now famous six word story on his napkin:

The story goes that his companions could not deny he had written a fully formed story and Hemingway collected his winnings. Now, there is some debate as to whether this is any more than urban legend since there are several sources of similarly themed tales, albeit of more than Hemingway’s six words, but whether substantiated or not, it’s still a good yarn.

Other famous authors and novelists have turned to six word stories over their careers, here’s a selection:

So what makes a good six word story? I have given this much thought and I shall let you into the secret of what I think goes into creating the stories that really reach inside your head, grab your imagination by the scruff of the neck and lead it to the promised land.

1 Be concise. Be precise. 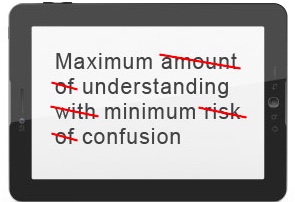 Be concise – Every word counts when you’ve only got six words to get your plot, theme, conflict and characters across! Don’t use three words where one will do the job. There’s no room for verbosity, connectives or adverbs in these stories. Write a longer story, choose the best six words and put them in the best order.

Be precise – writing micro fiction is great for writers who need to practice selecting words to pack a punch. Just like in your longer prose, don’t use ‘tree’, use Oak, Cedar or Pine. Use words that promote your theme, onomatopoeia is your friend, as are contractions, homophones, double entendres and any manner of linguistic magic tricks you can lay your hands on. Your job is to create a picture in your reader’s mind, choose your words wisely.

5 thoughts on “A reblog from Simply Steller to help write 6 word stories.”